These great photographs are for viewing and identification purposes. Many of the photos I find have no reliable link so I am asking viewers to please add a comment and link if they know who took any of the photos. Photos will be removed at artists request.In the meantime enjoy today’s post. 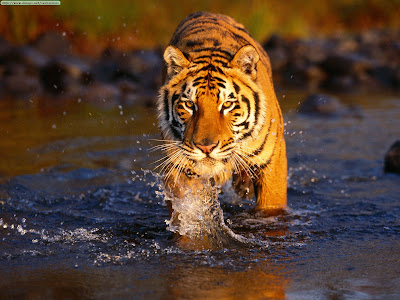 The Tiger
This is a sad statistic – only 3200 tigers remain in the wild, will any remain in 12 years when the “Year of the Tiger” rolls around again?

Is very close to extinction. There are believed to be as few as 40 left in the wild in Ujung Kulon National Park, Indonesia and none are currently in captivity. The IUCN Red List currently lists Javan rhinos as critically endangered.
In October, poachers killed the last remaining Javan rhino in Vietnam. Several were alive in the wild in Vietnam as recently as 2004.
A survey of surviving Javan rhinos in Indonesia found that there are very few females in the population.
~ BlueChannel24 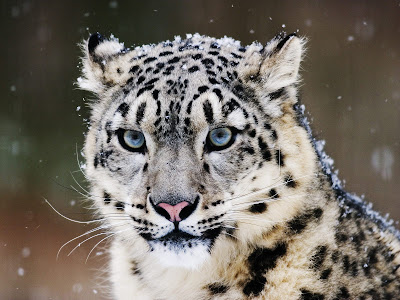 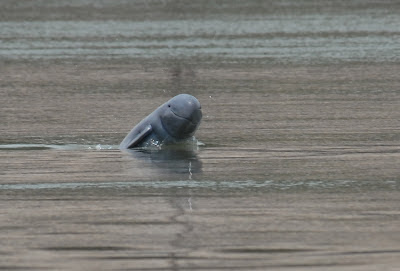 According to WWF, there are only 85 of these dolphins left in Southeast Asia. The limited range of this animal along with killing by fisherman has left Irrawaddy dolphin populations in danger. 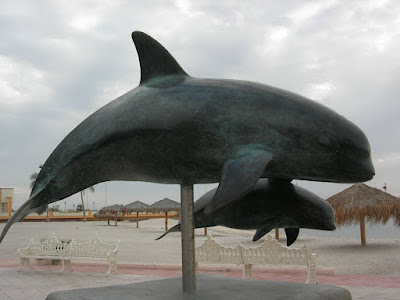 I was not able to find a photograph of a living animal for this endangered species. Small dolphin native to the Gulf of Califonia. The rarest porpoise in the world
WWF estimates that there are around 245 vaquita left in the wild. They are most immediately threatened by “entanglement in fishing gear.” Fortunately, WWF helped authorities in Mexico to reduce bycatch of vaquita to a “level that does not threaten the population” by 2009. 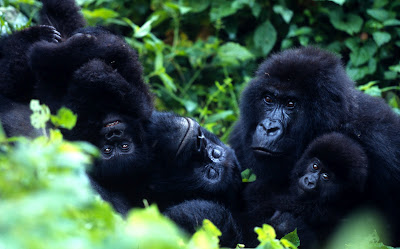 The mountain gorilla (Gorilla beringei beringei)
WWF explains that there are estimated to be about 786 individuals left in the two mountain gorilla populations near the Uganda-Rwanda-DRC and in a national park in Uganda. However, the two populations have grown by 14 and 12 percent, respectively, in the past decade.
Armed conflicts and natural resource exploitation have been blamed for endangering the gorilla populations. 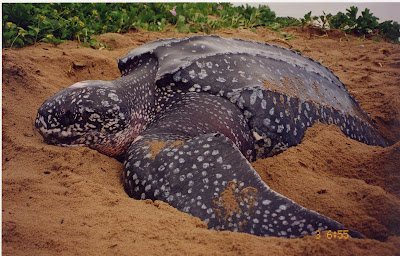 According to WWF, there are about 34,000 nesting females left in the world and populations in the Atlantic are relatively stable. In the Pacific, however, there may be as few as 2,300 adult females.
Their wide geographical distribution and shallow dive depth means they are threatened by longline fishing operations, explains WWF.
A study from September found that although the number of sea turtles killed in U.S. fisheries has declined by 90 percent since 1990, it may not be enough to sustain sea turtle populations.

In August, a 700-pound leatherback washed up on the shore at Montauk, New York. 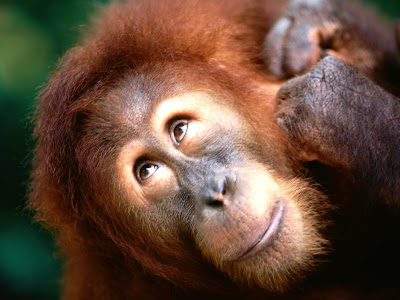 According to WWF, they are the most endangered of the two orangutan species and there are about 7,500 Sumatran Orangutans left in the wild.
Native only to parts of Sumatra, Indonesia, the orangutans are threatened by human agricultural and residential development.
A recent study found that residents of Borneo killed at least 750 endangered orangutans in a one-year period. 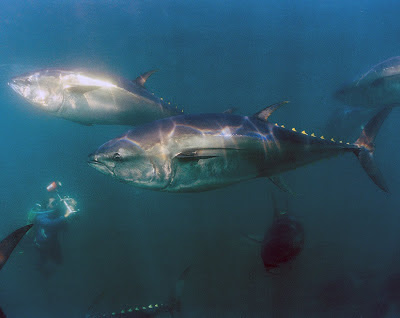 Atlantic Bluefin Tuna (Thunnus thynnus)
Threatened by overfishing. A report from October found that eastern Atlantic bluefin is traded at twice the amount catch quotas actually allow. In August, it was reported that Mitsubishi executives planned to buy up tons of bluefin and freeze it to profit from impending population collapses. 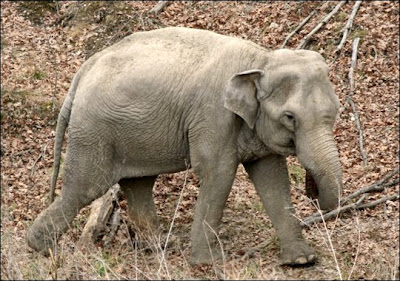 World Wildlife Fund estimates that there are between 41,410 and 52,345 Asian elephants in the wild.
HuffPost blogger Wendy Diamond writes that besides deforestation and industrialization, landmines also threaten Asian elephants in the wild. The founder of an elephant park in Thailand claims he “has known about 20 elephants who stepped on land mines and died” since 1989. Efforts to raise awareness for elephants’ fragile status include Elephant Appreciation Day.