Tucker and Dale vs Evil

I just had to review this movie. It was another night trying to find a movie on Netflix. It has become a chore trying to find something I like. This is listed as a horror movie and it is but with a great twist. I happened across this one and it was hilarious.  That is if you take the  bloody deaths with a grain of salt. This is a comedy that I highly recommend to anyone that is having a hard time finding something they like to watch. It is on Netflix streaming. Tyler Labine is in the lead role. He is an actor that is new to me. Once I saw one of his movies I was hooked on his work.  Tucker and Dale vs Evil is about two hillbillies that are out to enjoy their new summer home only to find out how they are seen by others. A group of college kids are out to have a good time in the woods and the story begins. If you are sick of seeing the same old killer chasing after a bunch of people / kids in the woods this is a must see.

I give this five stars for the clever writing and twist on a horror theme. A refreshing  look at the other side of things. 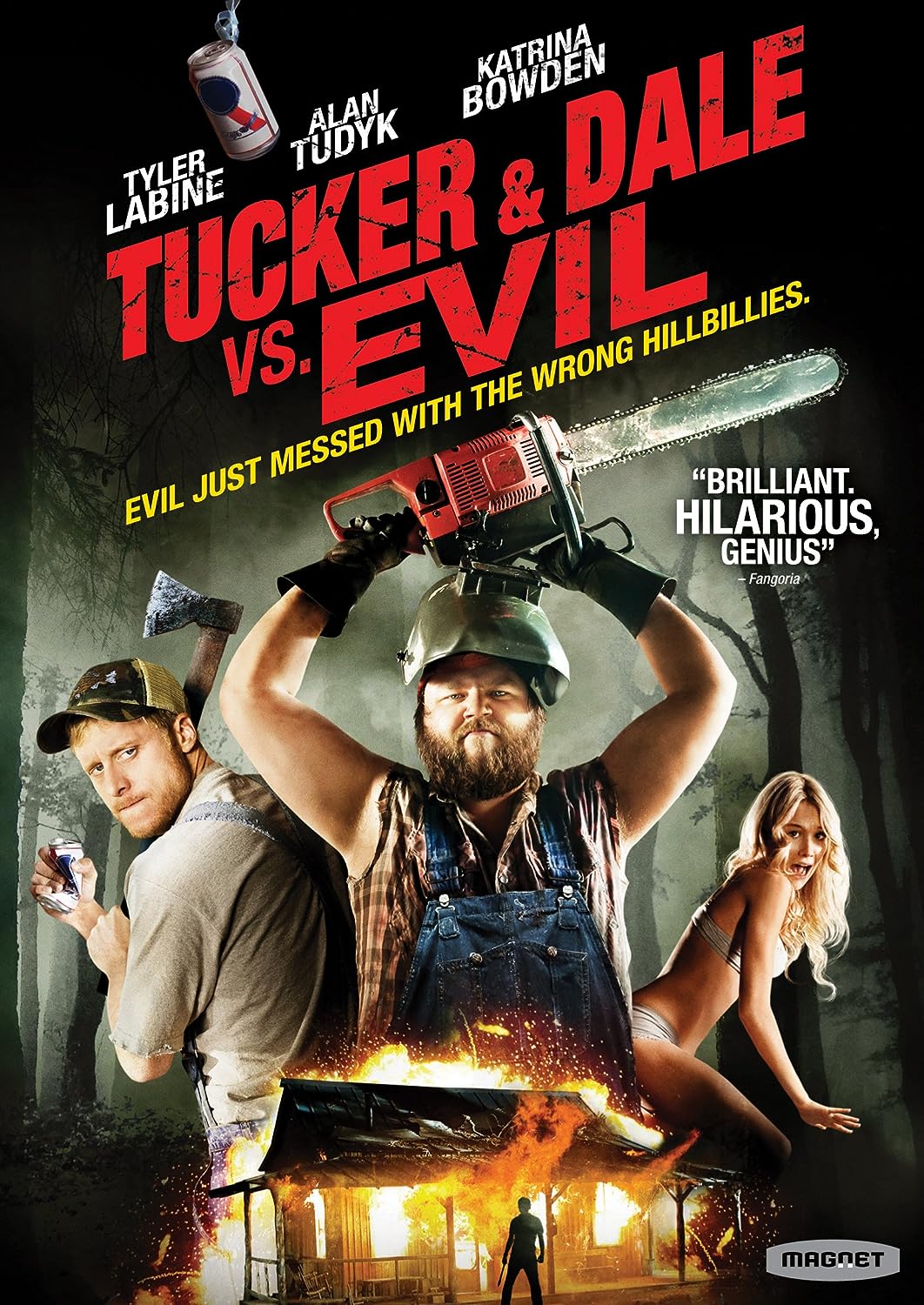 You can get it at Amazon – Dale and Tucker vs Evil