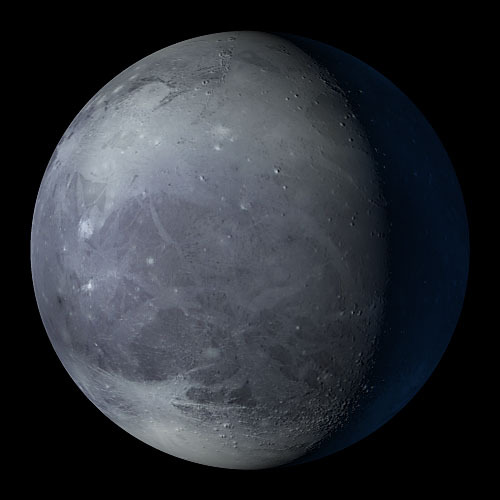 There are several reasons given by astronomers as to why Pluto is no longer a planet. To better understand it, some background information is essential.

Discovery and Classification
In 1930 Clyde Tombaugh spotted the object over Arizona. It wasn’t entirely unexpected. The movements of the other planets suggested the existence of another one. Even before its discovery, scientists were confident in its existence, which they called Planet X.

The Kuiper Belt
Early on, it was assumed the Solar System consisted of the nine planets, their satellites, comets and the asteroid belt. Over the years, several heavenly bodies were discovered. Eventually scientists discovered the existence of the Kuiper Belt. These objects covered the space from Neptune up to 55 AU (astronomical units).
This discovery is the main reason why Pluto is no longer a planet. Astronomers learned that the planet and its satellite Charon were just one of the 70,000 objects making up this cluster. Their sizes were virtually the same.

Eris
One of those objects was even larger. Named Eris, the object was made of the same material as Pluto. Should it be included as another planet? The problem was tackled at a meeting in Prague in 2006.

Redefining a Planet
At this meeting, astronomers discussed the matter. Some proposed the planets be increased to 12, including Eris and the asteroid Ceres. Other suggested just keeping the status quo. By vote, it was decided that Eris and the other objects in the Kuiper Belt be called dwarf planets.
The reason why Pluto is no longer a planet wasn’t just due to the votes. It was also because planets were redefined. To be called one, it must move in orbit around the Sun. Second, it must have gravity to make a spherical figure. The third is that it must clear the neighborhood.
By this it means the planet must either destroy the smaller objects near it, or push them away. This is the one criterion that Pluto doesn’t meet, so together with Eris they were reclassified as dwarf planets.

Objections
Although the matter has been decided by vote, there are still some objections to it. The most frequent is that cleaning the neighborhood was a concept invented by astronomers.
They point out that it doesn’t apply with other planetary systems in the cosmos. Some believe that the reasons why Pluto is no longer a planet were based on the opinions of astronomers and nothing really solid or scientific.
Others believe that the gravitational pulls should decide if an object is a planet or not. As long as it has enough pull to make a spherical figure, it should be classified as a planet. Even those who believe that the demotion was right don’t like the term dwarf planet. Given that it’s not a planet but an object in the Kuiper Belt, it makes no sense to refer to it as one.
The reasons and arguments for why Pluto is no longer a planet will probably go on for years. But as space enthusiasts point out, it hardly diminishes the fascination that people have with this tiny and remote object.

Title is linked to original article – Photo is linked to where photograph was found.
I would like to thank these sites